'There seems to have been a rush of trees being felled in the Borough recently. Whilst I am aware that some will have died and become dangerous, this does not always seem to be the case. A friend asked the men who were felling one on the edge of Riversley Park a couple of weeks ago why it was being cut down and was told it was being felled to stop drug users going behind it. If this is true, it is not a sensible solution as it merely displaces the problem and eventually we would lose every tree by this way of thinking.

In addition to the loss of trees on Council land, we have lost a lot of trees and hedgerows on housing development sites across the Borough. What has the Council's Biodiversity champion been doing to ensure that we do not lose biodiversity, given that these trees and hedgerows are vital for food and shelter for many insects and animals, as well as helping maintain good air quality, reduce flooding, mitigate against climate change etc.?'

The response from the Portfolio holder, Cllr Ian LLoyd was as follows:

'In response to Mrs Kondakor's question, I can confirm the following; The tree recently removed in Riversley Park was removed due to its poor condition, it had been monitored for some time and had deteriorated to a point where given its location if it had fallen, had the potential to cause damage to property and danger to persons.

In regard to the felling of trees on council owned land over the last three full financial years; 50 trees in 2014-15, 60 trees in 2015-16,110 trees in 2016-17 this includes the large scale removal of Poplar trees along Sterling Way. To put these figures into context, we have around 120,000 trees in our ownership of varying sizes and in 2014-15 we employed our own tree officer.

In regard to biodiversity all significant planning applications are required to submit a Preliminary Ecological Appraisal (PEA) and to undertake any detailed protected species surveys recommended by the PEA. Measures required following the survey work are conditioned and all significant applications now undertake a Biodiversity Impact Assessment'.

Over 6 months on from this question, we are still seeing trees being removed that appear to be healthy such as by Harefield Road multi-storey car-park (pictured below)and very little sign of new ones being planted. It is a constant battle to get answers. 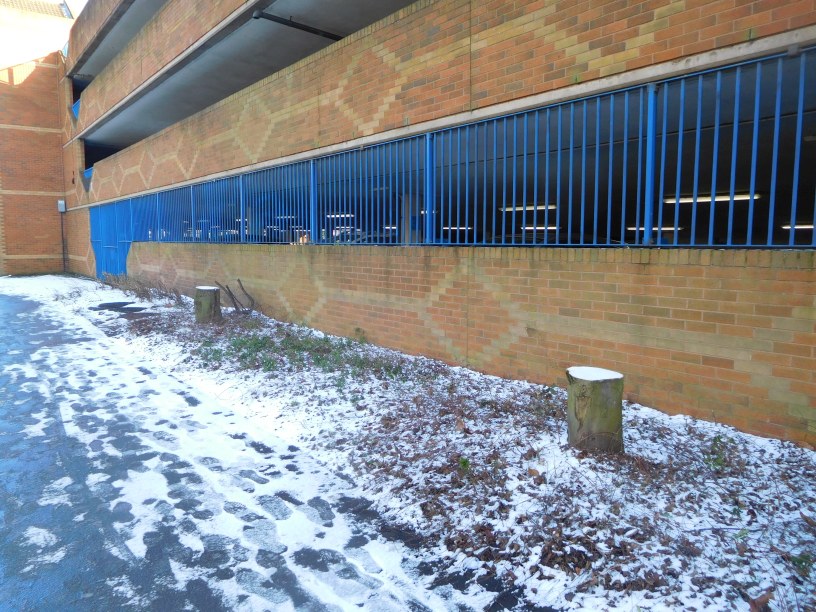